Who is the real Mark Zuckerberg?? 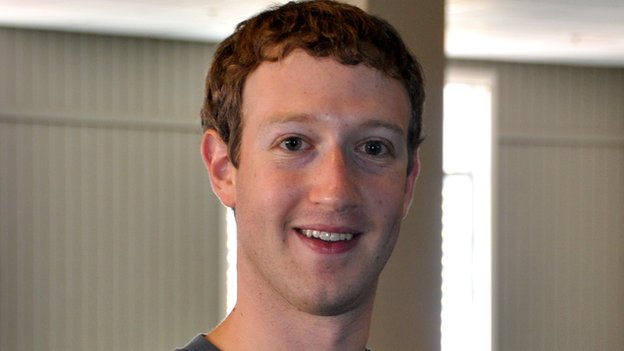 Mark Zuckerberg tells a story about leaving work one day and being hailed by a couple of tourists outside Facebook's non-descript Silicon Valley offices.

Would you mind taking a picture of us next to the Facebook sign?' they asked. Zuckerberg obliged, was thanked, and went to his car.
It's easy to understand how tourists' missed their chance. Zuckerberg doesn't look much like Jesse Eisenberg, the actor who played him in The Social Network movie. More important, his demeanour takes self-effacing to a whole new level.
'Ninja' Zuckerberg 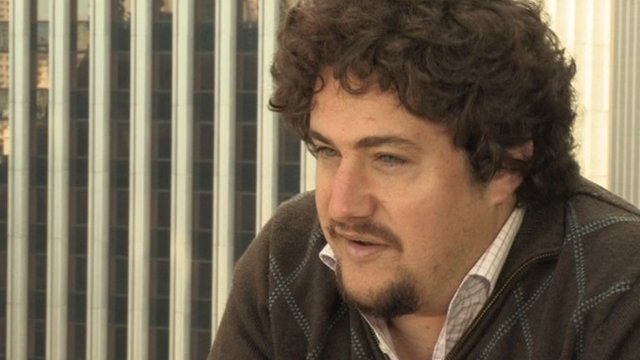 Joe Green talks about his Harvard roommate Mark Zuckerberg
On the first day we visited Facebook for the BBC film I was making, we didn't set eyes on Zuckerberg - or so we thought. But when we came in the next day, the receptionist told us he'd walked right past us and a family of tourists had also missed him. It wasn't uncommon, she told us, "he's like a Ninja".
Around Facebook, The Social Network is said to have got the smallest details right - things like the exact tee-shirts Zuckerberg wore - but fallen down on more important kinds of accuracy. For a start, says David Kirkpatrick, who has had access to the company for his book, The Facebook Effect, Zuckerberg isn't a stereotypical nerd: "he's always had a lot of friends. He's convivial, funny, and, for a nerd, extremely social."

Just as important, Zuckerberg's former Harvard room-mate Joe Green says, he has never lacked confidence. Green was working at Facebook in 2006, when it was just two years old. Yahoo! offered to buy the company for a billion dollars. Zuckerberg turned down the offer. It didn't make him popular among some of his friends and colleagues:

"Everyone [was saying] 'We could sell this thing for a billion dollars, let's just do it, what the hell's wrong with you?'," remembers Green, "it took [Zuckerberg] an almost absurd degree of self-confidence to be able to weather through that storm."
The $15bn offer

“There are a lot of great technology companies and there are people who think about social issues, but there aren't a lot people doing both”

Zuckerberg admits it was a hard offer to refuse: "at the time I knew nothing about business, so I knew nothing about what a company would be worth." When staff learned of his decision, there was an exodus of those who, as he puts it, "weren't in it for the long term."
So when Microsoft offered an astounding $15 billion for the company a year later, that was easier to turn down, he says: "we'd already made those decisions, and we already knew we weren't going to sell the company, and that we were going to build it."

At Harvard, alongside computer science, Zuckerberg also studied psychology. He says Facebook springs from both disciplines: "those two things together really represent the DNA of Facebook… There are a lot of great technology companies and there are people who think about social issues, but there aren't a lot people doing both."


Mark Zuckerberg: "We view Facebook as a platform"
Geek Zuckerberg? The choice between Zuckerberg the socially-inept geek and Zuckerberg the well-rounded and confident individual is easy to resolve: the first is myth, the second, reality.

More complicated is an emerging tension between Zuckerberg the friendly 27-year old, still in his first job, and Zuckerberg, the global businessman whose power and influence are hard to overstate (Time magazine's Person of the Year in 2010, to name but one token of it).

Fortune magazine technology writer Jessi Hempel says that as "arguably one of the youngest people to have had one of the biggest influences on the world," Zuckerberg is handling the strain impressively. He's trying "to keep both feet on the ground, to focus and concentrate on his values, and not to get distracted by all the noise."

If you want to know about Zuckerberg as 'ordinary bloke', look no further than his public Facebook Page. Here you can learn (along with 9.3 million subscribers) that his favourite movies are Hero, The Godfather and The Matrix, that his interests include 'Making things', 'Information flow' and 'Minimalism', and that he's in a relationship with Priscilla Chan (anniversary: 7 November 2003 - the year before he invented Facebook).
What Zuckerberg doesn't say

Since, as he puts it, "the mission of the company is to make the world more open and connected," Zuckerberg could hardly hide himself away and tell us that his private life is private.
There are parts of it he doesn't choose to talk about, like the annual challenges he sets himself. One year he learnt Mandarin.

This year he's decided to only eat meat from animals he has slaughtered. "It's a noble goal, says Jessi Hempel, "and on the spectrum of hobbies that CEOs can have, this is a pretty good one. But it's also awful goofy, right?"

When Zuckerberg made a presentation in September, it featured his own food diary, including 'bison burgers'. He assured his audience they were "delicious". He didn't tell them he'd shot the bison himself. Goofy indeed.

Alongside this, there's Zuckerberg the CEO of a business used by 800 million people, who could be worth $17bn (£11bn) personally. It's the kind of role usually filled by an experienced businessperson at least 20 years his senior.

He has been canny in providing himself with a fleet of older mentors, some, like Don Graham of the Washington Post and Paypal co-founder Peter Thiel on Facebook's board of directors. But as Facebook increases in influence, it will inevitably be Zuckerberg himself who will have to answer personally to law-makers and regulators who want to constrain its activities.

Ambassador Zuckerberg It's a role outside his comfort zone, which David Kirkpatrick says he'll have to concentrate on. "I think he still has not sufficiently focussed on the ambassadorial aspect… He does it, but I don't think he does it enough."

"He's learning, but he isn't learning fast enough," says Mr Kirkpatrick, "because I think if he doesn't get good at that, everything else he's gotten good at may be for nought."

When he finishes his meetings with heads of state, we can imagine the other Mark Zuckerberg popping a freshly-slaughtered chicken into a pot, and curling up on the sofa with Priscilla to watch the West Wing or Rome (his favourite TV programes).
Source: BBC News UK
Email ThisBlogThis!Share to TwitterShare to FacebookShare to Pinterest
Posted by Jagan at 7:57 AM