India's three oil marketing companies (OMCs) have decided to reduce petrol prices by a minimum of Rs.2.46 a litre, depending on states' sales taxes, from midnight, it was announced here Thursday.

"The downward revision shall vary from Rs.2.46 per litre to Rs.3.22 per litre including state levies, depending upon the state taxes," Indian Oil Corp. (IOC) said in the statement.
In Delhi, the price decrease will be Rs.2.46 per litre.
The decrease in other states would vary depending upon the respective rates of state VAT or sales tax.
In Delhi, the revised price for a litre of petrol would be Rs.67.78, in Mumbai it would be Rs.73.35 while in Chennai it would be Rs.72.27.
The revised price in Kolkata, Hyderabad and Bangalore will be Rs.72.74, Rs.74.89 and Rs.76.39 a litre.
On June 2, the three OMCs cut petrol prices by Rs.1.68 a litre.
The three OMCs - IOC, Bharat Petroleum Corp. and Hindustan Petroleum Corp. - raised petrol rates by Rs.6.28 a litre, excluding state taxes, the steepest hike in recent memory, to offset the growing losses caused by subsidised rates, rise in the international oil price and a plunging rupee.

India imports nearly 80 percent of its crude requirements around $160-170 billion annually.
The high cost of imported fuel is partly blamed for the ballooning Indian current account deficit -- the gap between exports and goods and services imports -- to its widest level in eight years.
IOC said that it suffered a loss of Rs.1,053 crore by selling petrol at cheap rates during the first two months of 2012-13 fiscal, due to its inability to revise prices in line with rising crude prices and eroding value of rupee against the dollar.
"During current fiscal, the corporation (IOC) has already accumulated losses of Rs.1,053 crore (while the three OMCs have lost Rs.2,323 crore) on MS (motor spirit or petrol) sales during the first two months due to inability of OMCs to revise MS prices," IOC added.
IOC estimated that under-recovery on sale of diesel, kerosene and cooking gas, the three items whose pricing remains with government, during 2012-13 will be around Rs.83,000 crore for the company and Rs.151,000 crore for the three OMCs together.
"As compared with the last price change (June 11) current under-recovery on diesel has gone up from Rs.6.13 per litre to Rs.10.20 per litre, for kerosene from Rs.24.16 per litre to Rs.30.53 per litre and for cooking gas from Rs.331.13 per cylinder to Rs.396.00 per cylinder as on June 16," the statement said.
Proposed prices for a litre of petrol in top cities:

Source: IANS
Email ThisBlogThis!Share to TwitterShare to FacebookShare to Pinterest
Posted by Jagan at 7:10 AM No comments:

The firm already provides software that allows Facebook's members to identify and tag photos of their friends.

Face.com's software scans photos Facebook users upload, and suggests friends they may wish to tag with just one click.

According to the social network, the acquisition does not mean there will be changes to Facebook's current face detection and recognition systems for photos. 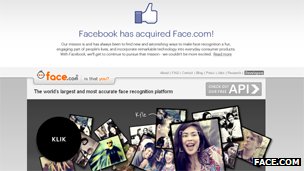 "People who use Facebook enjoy sharing photos and memories with their friends, and Face.com's technology has helped to provide the best photo experience," said Facebook's spokesperson in a statement to the BBC.

"This transaction simply brings a world-class team and a long-time technology vendor in house."

Email ThisBlogThis!Share to TwitterShare to FacebookShare to Pinterest
Posted by Jagan at 8:41 PM No comments:

Wallet 101: What to Keep and What to Take Out

Wallets can be pesky business. The last thing you want to have is a George Costanza moment--your wallet so stuffed to the brim with receipts that one big gust of wind will send its contents flying through the streets.
A poorly managed wallet is also a huge security risk. You might be carrying contents around that someone could use to easily steal your identity, if your wallet were to end up in the wrong hands. Identity theft was the No. 1 consumer complaint last year for the 12th year in a row, proving more bothersome to consumers than debt collectors, imposter scams, and shady credit-repair companies, according to the Federal Trade Commission.
To protect yourself, make sure what you're carrying around in your wallet doesn't pose a security risk. U.S. News spoke to Denisa Tova, a certified financial planner based in Denver, and Mellody Hobson, president of Ariel Investments based in Chicago, about what's OK to keep in your wallet and what you should remove. Here's what they said:
Credit cards. Ideally, says Hobson, consumers should own just one credit card. "The whole idea that you need more than one credit card is a fallacy," she says. "Cancelling your second credit card will hurt your credit score in the short term, but in the long term, it's better for you." If you have more than one, Tova recommends locking the rest in a safe. "If your wallet gets stolen, ask to have your credit card account numbers changed," she advises.
Also, cut up expired credit cards. "An identity thief can still use them to steal your identity," Hobson says. "That's something people think is just harmless and it's not."
Sensitive information. Never store your PIN or your passwords in your wallet. "Surprisingly, a lot of people actually keep their debit card's PIN in their wallet right next to their debit card," Hobson says. "That's just setting yourself up for disaster."
Cash. Keep as much as you're comfortable losing, Hobson says. Tova advises keeping no more than $50. "Use cash for small purchases such as a pack of gum, especially if your bank charges debit card fees," she says. She says it's also good to have some cash on hand for emergencies.
Receipts. Receipts for the week are fine, Hobson says, "but there's nothing worse than seeing a wallet stuffed with receipts from the last year." Just be careful you're not keeping receipts with too much personal information on them. Check to make sure you're not carrying around receipts that list your entire credit card number.
Bad forms of identification. Never carry your Social Security card or your passport in your wallet, Hobson says. If your wallet gets stolen with either inside, identity theft is likely to follow suit. "If you're traveling outside of the country, Xerox your passport and put the real one back in the hotel safe," Hobson says.
Old hotel room keys. In the past, the barcode stored your credit card information. "Some hotels have been changing that, but it's something where it's not 100 percent," Hobson says. So either turn the key in when you're checking out, or cut it up.
Credit card offers. Tova says these should be shredded if you don't plan to use them. The same goes for credit card checks, which are checks used to borrow against your line of credit for quick cash. "It would be a bad thing if they ended up in the wrong hands," she says.
Medicare card. Seniors often carry their Medicare card, which lists their Social Security number. Tova's suggestion: Make a photocopy of the card, white out your Social Security number, and only carry the copy.
If your wallet gets stolen, Tova says you should file a police report immediately, then contact all three credit-reporting agencies, your credit card companies, and your bank.

Email ThisBlogThis!Share to TwitterShare to FacebookShare to Pinterest
Posted by Jagan at 8:39 AM No comments:
Newer Posts Older Posts Home
Subscribe to: Posts (Atom)