In an effort to reduce web spam in its search results, Google has updated its algorithms for its search engine. The move has come as a response to increased criticism of Google and its search engine results with the emergence of newer forms of web spam alongside traditional web spam.

As a result of the new changes, Web sites with original content are prioritized above sites that copy from others. Google search expert Matt Cutts said in a blog post that the change was targeted and will affect just about 2 percent of queries.

His blog also reads "evaluating multiple changes that should help drive spam levels even lower, including one change that primarily affects sites that copy others' content and sites with low levels of original content."

Cutts announced that his team's weekly meeting had approved one specific change that was launched earlier this week. The web spam outbreaks usually emerge from content farms and sites that syndicate content.

Email ThisBlogThis!Share to TwitterShare to FacebookShare to Pinterest
Posted by Jagan at 11:23 AM No comments:

Disclaimer: This is not an official Audi design. But it is certainly something Audi fans can enjoy.

This concept design study of an imaginary Audi A9 model is the brainchild of Spanish designer Dani Garcia. The A9 is a sedan/saloon coupe which would be positioned above the A8 and take its place as Audi's flagship model. It would be a direct competitor to the likes of the Porsche Panamera.
The most far-out and imaginative piece of this design has to be the one-piece windshield and glass roof which will be derived from a nano-technology material that has yet to be invented. This nano-tech material would be able to repair itself in case of damage and be able to change color and tint on demand.

Garcia says his design if heavily influenced by "La Ciudad de las Artes y de las Ciencias" (The City of Arts and Sciences) in Valencia (by architect Santiago Calatrava), Garcia's native city.
Powering the A9 would be a hybrid drivetrain with a traditional engine working with four electric motors in each wheel.
For the body, like the roof, there will be an 'electronic painting' system where the driver can select the color of the car at the touch of a button.

The Audi A9 will go on sale around 2015 with a price tag of about $140,0000 so be prepared to dole out the cash for this rockstar
Source: Topspeed.com
Email ThisBlogThis!Share to TwitterShare to FacebookShare to Pinterest
Posted by Jagan at 7:49 AM No comments:

The Indian National Flag represents the hopes and aspirations of the people of India. It is the symbol of our national pride. Over the last five decades, several people including members of armed forces have ungrudgingly laid down their lives to keep the tricolour flying in its full glory. The significance of the colours and the chakra in the National Flag was amply described by Dr. S. Radhakrishnan in the Constituent Assembly which unanimously adopted the National Flag. Dr. S. Radhakrishnan explained—“Bhagwa or the saffron colour denotes renunciation of disinterestedness. Our leaders must be indifferent to material gains and dedicate themselves to their work. The white in the centre is light, the path of truth to guide our conduct. The green shows our relation to soil, our relation to the plant life here on which all other life depends. The Ashoka Wheel in the center of the white is the wheel of the law of dharma. Truth or satya, dharma or virtue ought to
be the controlling principles of those who work under this flag. Again, the wheel denotes motion. There is death in stagnation. There is life in movement. India should no more resist change, it must move and go forward. The wheel represents the dynamism of a peaceful change.”

There is universal affection and respect for, and loyalty to, the National Flag. Yet, a perceptible lack of awareness is often noticed, not only amongst people but also in the organisations/agencies of the government, in regard to laws, practices and conventions that apply to the display of the National Flag. Apart from non-statutory instructions issued by the Government from time to time, display of the National Flag is governed by the provisions of the Emblems and Names (Prevention of Improper Use) Act, 1950 (No.12 of 1950) and the Prevention of Insults to National Honour Act, 1971 (No. 69 of 1971). Flag Code of India, 2002 is an attempt to bring together all such laws, conventions, practices and instructions for the guidance and benefit of all concerned.

MY INDIA MY PRIDE
Email ThisBlogThis!Share to TwitterShare to FacebookShare to Pinterest
Posted by Jagan at 9:40 AM No comments:

What is Mobile Number Porting(MNP)?

Number porting will incur a charge @ Rs 19
IMPLEMENTED FROM 20th JANUARY 2011
For Details:

Source: numberportabilityindia.com
Email ThisBlogThis!Share to TwitterShare to FacebookShare to Pinterest
Posted by Jagan at 7:12 AM No comments:

Nagpur, Jan.3 (ANI): An engineering student in Maharashtra'sNagpur city has invented a mini-helicopter, which is capable of surveillance.
Gaurav Savalakhe, the inventor, fitted the transmitter on his stomach and arranged the receiver in such a manner that the machine can sense his hand movements and fly accordingly.
"I thought of doing something different and I fitted the transmitter on my stomach through which it flies. Like I have fitted a transmitter and connected with a sensor through which it flies according to my hand movements," said Savalakhe.Savalakhe further said he used radio technology in making the helicopter."See, I have used radio technology in this through which it flies up to 350 to 650 feet. The camera fitted can shoot live 350 to 400 feet, which can be used for surveillance like, for instance, it can be used in Maoist-infested areas," he said.He said the footage can be viewed on a laptop or a computer while it is being shot by the helicopter camera.
Email ThisBlogThis!Share to TwitterShare to FacebookShare to Pinterest
Posted by Jagan at 5:13 PM No comments: 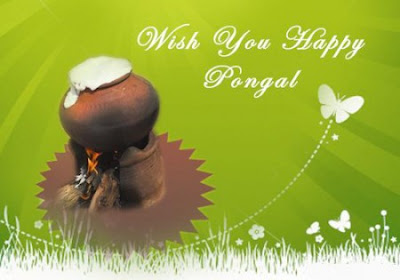 Email ThisBlogThis!Share to TwitterShare to FacebookShare to Pinterest
Posted by Jagan at 4:45 PM No comments:

Chennai: A group of 54 engineering students from the city has designed a 10-kg nano satellite to monitor greenhouse gases (GHG) that the Indian space agency is planning to launch in April.

The students from the SRM University, some 40 km from the capital city, have been working on the project 'SRMSAT' since 2008. The satellite weighing just 10 kg is being developed under the guidance of the Indian Space Research Organisation (ISRO) at a cost of

With climate change becoming a cause of serious concern globally, the satellite will monitor GHG - mainly carbon dioxide - in the atmosphere. A grating spectrometer is employed for monitoring earth-based sources and sinks of anthropogenic and natural sources of GHG.

The students from 12 disciplines of engineering in the university have been working closely with the ISRO to develop the nano satellite.

A nano satellite is one that weighs less than, or equal to, 10 kg.

"The satellite is scheduled for launch in April this year with ISRO's Megatropics G satellite. We have signed a memorandum of understanding with the national space agency for the project," M. Loganathan, former ISRO scientist who is heading the team, told IANS on the sidelines of the ongoing Indian Science Congress at the SRM University campus here.

According to Loganathan, the students are very passionate about the project and would work on it after their classes.

"Their classes get over by 4 p.m. and after that all of them hang on in the research laboratory for say till midnight to work on the nano satellite. It's their baby and an outcome of their hard work," he said.

The ISRO said the satellite has to be tested before it can be included as a payload.

The students have been wholly involved in the project, right from procuring components to assembling and testing the satellite.

Explaining the initial problems they faced, Sarwesh Narayaan, a mechanical engineering student, told IANS: "It was difficult to communicate technically as we all come from different disciplines of engineering, but we did overcome it as each of us had to understand the concepts of all the other disciplines before designing the project."

"All of us are multi-tasking, and an electrical engineer student in the group is also conversant with the concepts of mechanical, aerospace, electrical communication and information engineering. We have been solving each others' problem," Guruditya Singh, a final year student, told IANS.

It's the team spirit that keeps this group of 51 men and 3 women students going.

"Whenever we get some time, maybe over lunch or dinner or during weekends, our point of discussion is only SRMSAT. Each one of us enjoys talking about it and our sessions go on for hours. There is nobody junior or senior but a team, and our mantra is value for thought. A first year student can also give a good piece of advice to the group," said Anushree Mahapatra, a student of electronic and information engineering.

The conception of SRMSAT dates back to August 2008 when the vision of launching a student satellite was put forward at a seminar taken by eminent space scientist D. Raghavamurty.

"It is planned to make our first nano satellite as a SRMSAT bus so that further missions can be continued with different payloads that can be supported with this design," said Loganathan.

More and more students are showing interest in the space science.

In 2010, ISRO launched Studsat -- a tiny satellite built by 35 students from four engineering colleges in Bangalore and three in Hyderabad -- which can take pictures of the earth from space, helping in weather forecasting.

During the golden jubilee celebrations of IIT-Kanpur last year, President Pratibha Patil handed over to the ISRO a nano satellite 'Jugnu' developed by students of the country's premier institution.

Other institutes have got in the act as well. A 3.5-kg satellite 'Pradhan' is being built by students of IIT-Mumbai. Students of Sathyabhama University, Chennai, are also working on a nano satellite.

In Vellore Institute of Technology University (VITU), Vellore, the students have designed the TubeSat, which is a pico-satellite, weighing less than 1 kg.
Email ThisBlogThis!Share to TwitterShare to FacebookShare to Pinterest
Posted by Jagan at 10:04 AM No comments:
Newer Posts Older Posts Home
Subscribe to: Posts (Atom)